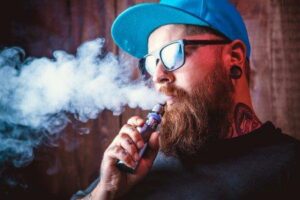 As we enter a new year and consequently a new decade, we feel it’s only right to reflect on last year for the vaping industry, possibly a complete turning point for vaping around the world.

Whilst it isn’t possible to yet calculate world sales of vaping products for 2019, the BBC did post an interesting article based on 2018’s data for where the e-cigarette industry currently sits at.

It will come as no surprise that since 2011 the vaping industry has grown exponentially. Currently, there are an estimated 41 million vapers around the world compared to just 7 million in 2011. 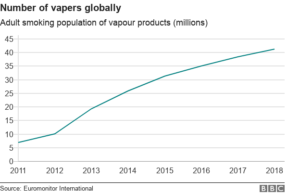 Spending is growing in the e-cigarette market too with the global market estimated to be worth £15.5bn compared to £5.5bn in 2014 (BBC).

2019 saw extreme controversy in the vaping industry, with many people once again questioning the true safety of e-cigarettes. The controversy sparked as a result of reported vaping related deaths and suspicious lung diseases allegedly associated with vaping products.

Whilst the controversy mainly existed in the US, with 54 deaths reported as a result of the use of vaping products, many UK news outlets also reported this news, sparking fear amongst UK and European vapers.

Many of these liquids were cannabis based, tetrahydrocannabinol (THC) liquids. THC is the psychoactive constituent of cannabis – effectively the element of cannabis that makes a person ‘high’.

Not only did the black market liquids contain THC, but investigators from the Centers for Disease Control and Prevention and the Food and Drug Administration (FDA) found a common ingredient linked to the illnesses.

Investigators discovered that Vitamin E Acetate, which is commonly found in canola, soy and corn oil was closely linked to the illnesses.

In a report, the CDC and FDA tested 29 patients lung fluid, 100% of which were contaminated with Vitamin E Acetate and 23 of the patients had used THC.

Now whilst it is strongly likely that Vitamin E acetate is the common denominator in the vaping related illnesses in the US, it is not categorically fact, despite the huge evidence suggesting so. The chemical cannot be linked to all of the vaping cases and it has not been ruled out that other chemicals found in the liquids didn’t play a part in the deaths and illnesses.

This is an interesting stance from governments around the globe, because studies show that teenagers are actually smoking less around the world. The World Health Organisation published a report which clearly displays a decline in tobacco smoking from teenagers and this is projected to decrease even further. So vaping is growing, and teenage smoking is decreasing – a coincidence or a causal relationship?

Whilst the vaping related illnesses were all US based, it didn’t stop UK and European media jumping on the band wagon, almost scaring people back into smoking in the hope that somehow that would be a better option. This damaged the UK e-cigarette market, with many people scared to start vaping through fears of their lungs collapsing.

This can have dramatic, even fatal consequences for smokers around the world. Vaping seems to be the enemy of the media, despite it merely trying to help people quit smoking, something that is 100% known to cause serious harm.

So What Does That Mean For The Future of Vaping?

Whilst research into the long term affects of vaping continues, it remains the standpoint of scientists in the UK like Public Health England and Cancer Research UK that vaping is 95% safer than smoking combustible cigarettes. It is coincidental that the 2019 scares and deaths were all US based, with no reports around the rest of the globe anywhere near the same scale.

To us, that suggests a product based issue rather than an issue with e-cigarettes or liquids all together.

In the UK, e-liquids are subject to much stricter standards and currently liquids 10ml and under must comply to the Tobacco Products Directive – a European Union regulating body.